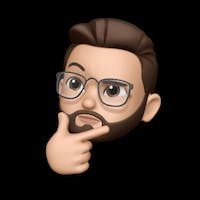 Git Squash & Rebase are two commands which are not very often used but still once you get to know their purpose they are the gold standards of how you should be maintaining your code and commits.

However, I wont be surprised if many of you have still never used both these commands. I literally encountered my first use case for them four year into my employment as a developer

Consider yourself working in a large team that has proper standards set in place for all the commits that each of us make into the main branch or the dev branch whatever it is called. Code quality checks, Sonar or some other Lints etc. In this case following could be the mechanism followed by the team

Note: I'll be using the mac terminal for these commands

Rebase command is used to sync your current branch with its feature branch. Feature branch would be the branch from which you created your own branch.

This is done so that any changes made into the feature branch following the creation of our branch are also applied to our branch hence we can make sure we always have the latest code on which we are working.

Squash command is used to merge multiple commits into one so that in the end changes are visible in a single commit.

When you submit your code finally for review, the reviewer doesn't need to know how many commits you made and how many time you kept changing the logic for the same implementation. They should only be seeing the exact final changes which are going to be merged to the feature branch to avoid any confusion.

Let's see the process to squash say 5 commits from a branch and merge them into one single commit.

Note: Make sure to rebase your branch before squashing 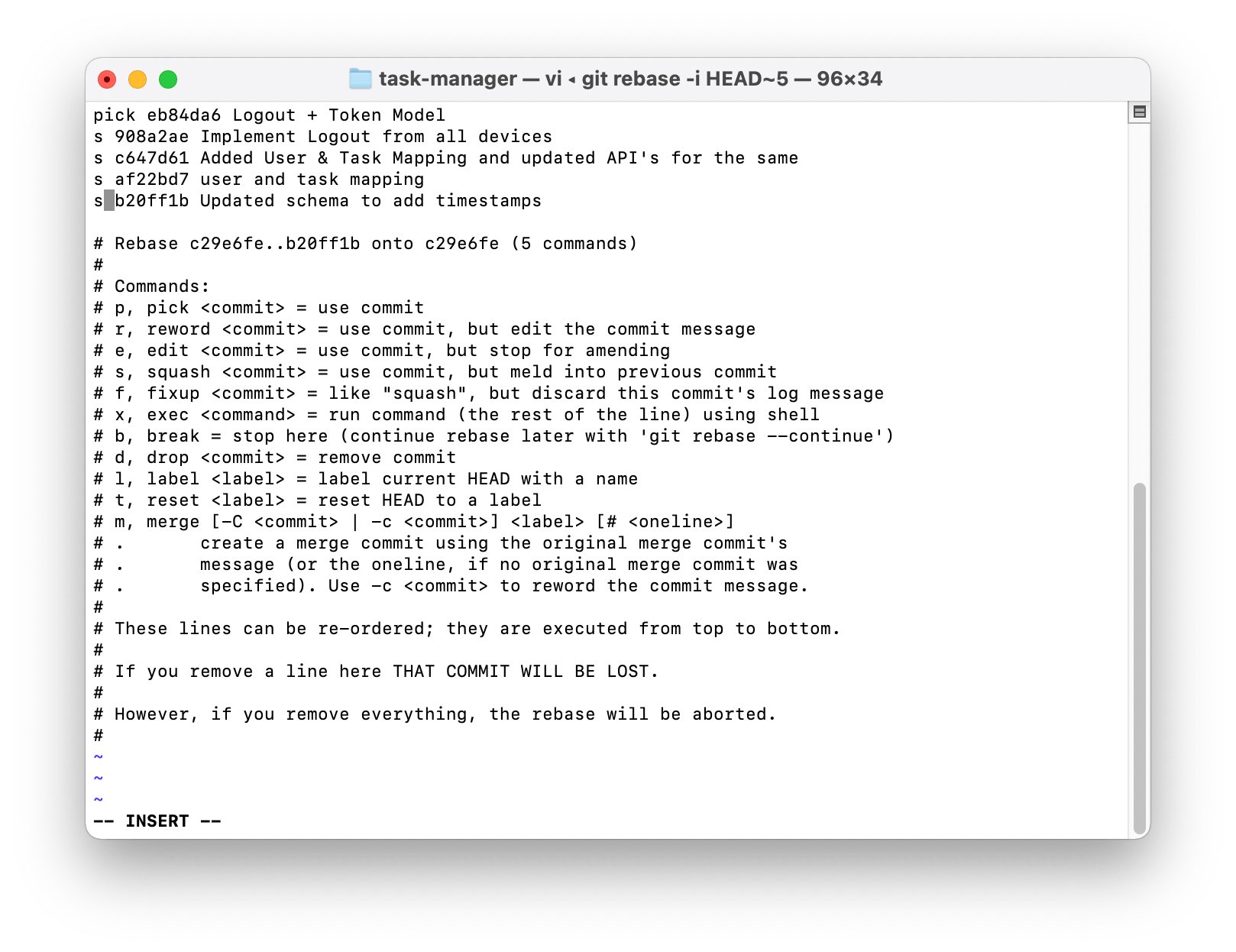 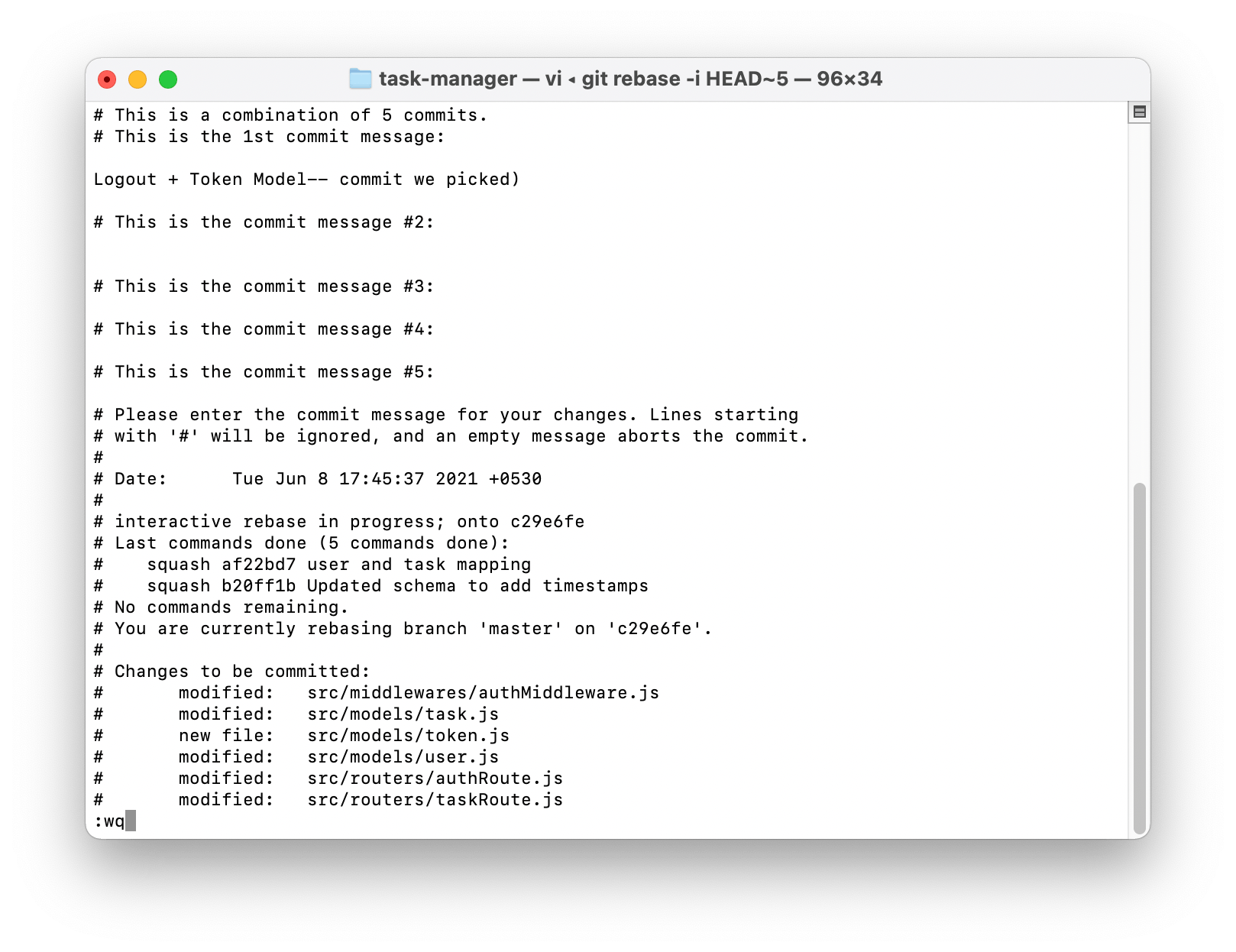 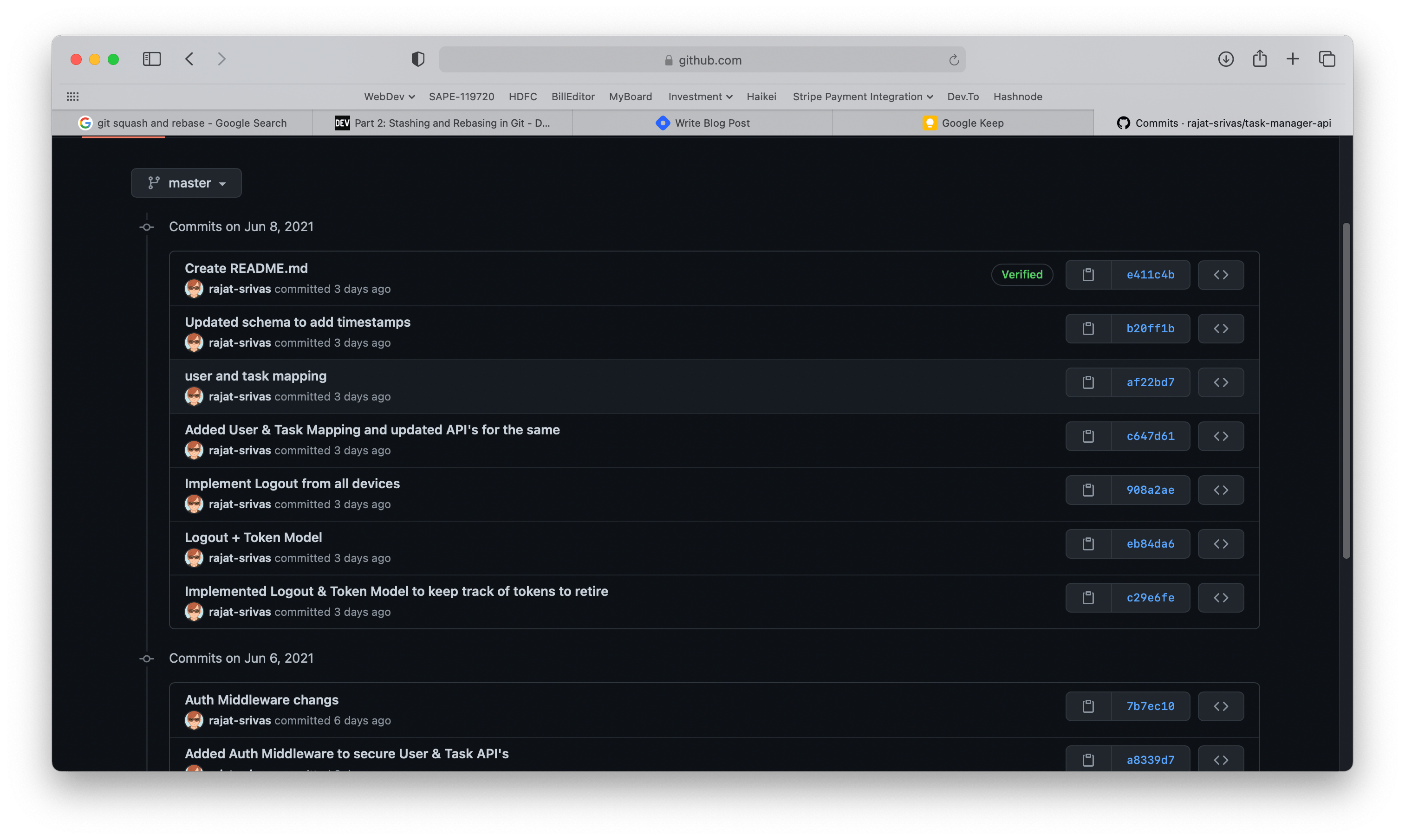 And now after squashing the last 5 into one, this is how it looks 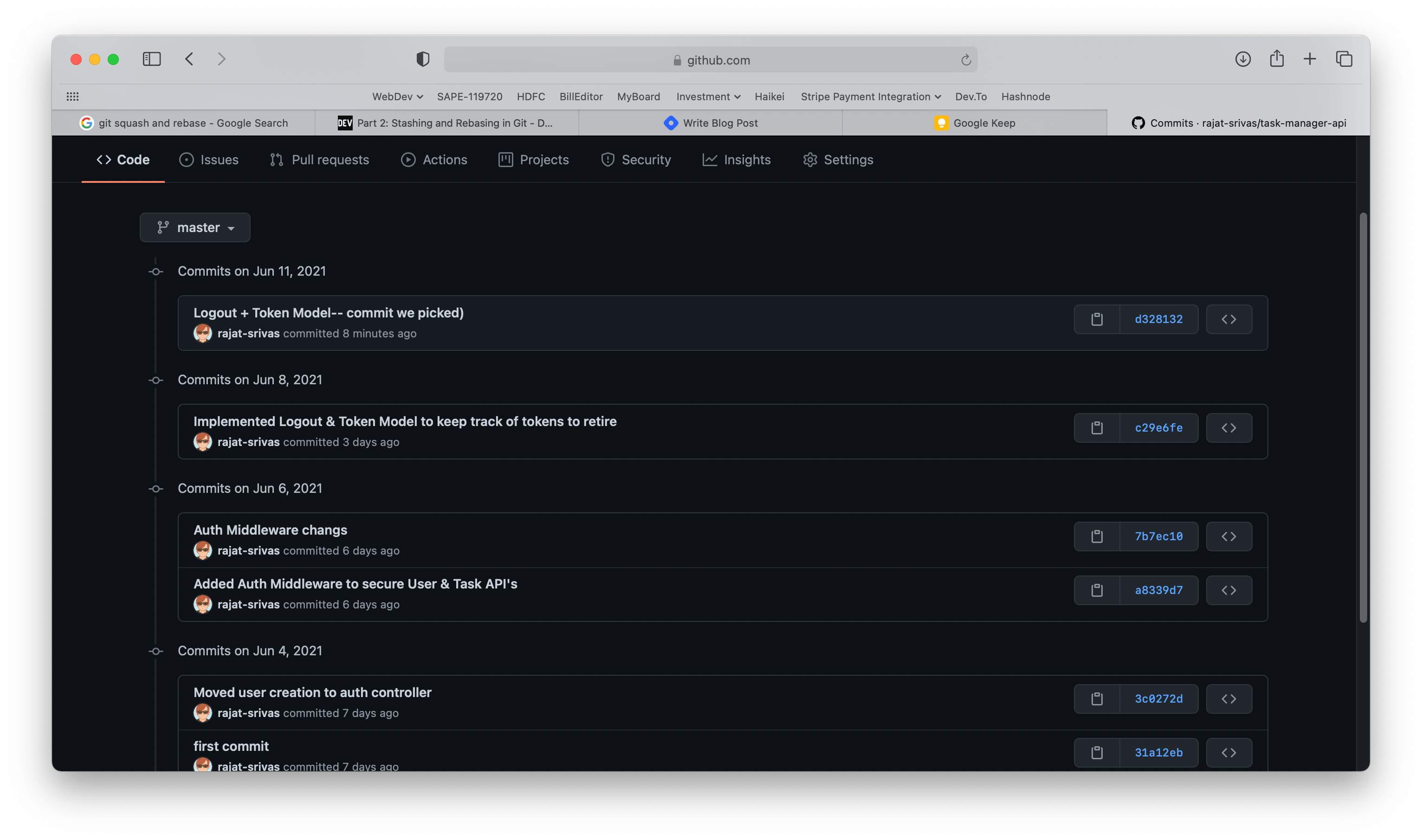 We have successfully understood and implemented the main use case of Git Rebase and Squash commands 🚀🔥. Please do share your feedback if you have reached this far on the article.